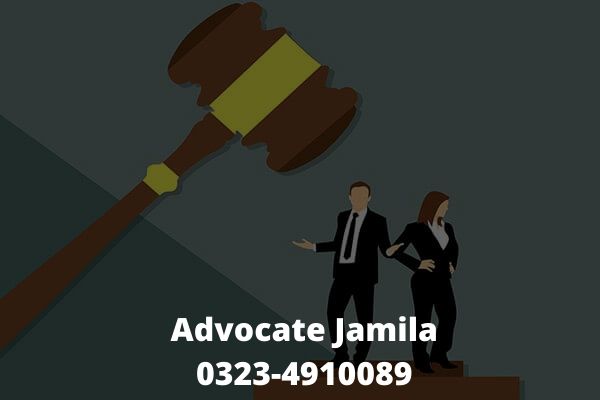 On talaq forms, talaq conditions can be mentioned as the talaq format. Talaq notice in Pakistan is required to be given to the wife as per the talaq law in Pakistan. The talaq on stamp paper is prepared along with talaqnama forms. Talaq without witnesses is irregular, not void. Contact Advocate Jamila if you wish to get Nadra talaq certificate as we can process it within a week.

Below is the talaq procedure in Pakistan

Many things in Pakistan are not by the books as everything is possible in Pakistan which cannot be mentioned here. Please call Advocate Jamila so that we can guide you that how you can speed up the proceedings. We can also process your talaq certificate in a week.

There is no particular talaq form in Pakistan. Every talaq has its conditions and circumstances so always hire the services of an expert talaq lawyer in Pakistan who can prepare the talaq forms in Pakistan for you because the wordings used in these forms by you can also against you in any court of law.

WHAT IS TALAQ PROCEDURE IN SHIA SECT? The talaq procedure in Shia sect required that sigas be read in the presence of witnesses but it is a religious way of talaq. The Pakistani law only has one talaq procedure in Pakistan as mentioned above. Whenever in any official department you will say that you are divorced the official will require a Nadra talaq certificate in Pakistan from you. No one is going to ask you that you have read sigas or not so please do not mix the legal procedure of talaq in Pakistan with your religious belief. You can read sigas if you want to but to be officially divorced you will require a certificate of talaq from Pakistan.

WHAT ARE 3 TALAQ PROCEDURES IN PAKISTAN? The 3 talaq procedures in Pakistan require that the wordings used in the talaqnama should say talaq e salsa with the word “TALAQ” 3 times mentioned on it. It should also say that this is full and final talaq and reconciliation is not possible.

WHAT IS TALAQ E TAFWEEZ? In Islam, the only husband can talaq his wife and wife cannot talaq her husband however talaq e tafweez is a delegated right of divorce to wife from husband. If in nikahnama it is mentioned that the husband has delegated the right of divorce to the wife or has given talaq e tafweez to wife then the wife can also talaq her husband in the same way as the husband can talaq his wife.

WHAT TALAQ CONDITIONS CAN BE MENTIONED? It is totally up to the husband whether he wants to mention talaq conditions on the talaqnama or not. On talaq deed, you can also mention the condition that the talaq will be finalized if she does not come back home. If there is any other talaq condition you want to mention you can do it There is no bar by law to not mention any talaq condition however in this type of situation always hire the services of an expert lawyer who can prepare a better draft for you.

WHERE TO GET TALAQ FORM? There is no particular talaq form in Pakistan available. If you have hired the services of a lawyer you can ask him to prepare the talaq forms for you. Every talaq has its circumstances so it is drafted accordingly. You can also visit your nearest stamp vender to issue you the talaq forms.

WHAT IS TALAQ LAW IN PAKISTAN? The talaq law in Pakistan is very clear that a husband can talaq his wife for a reason or without a reason. It is an arbitrary right of the husband which he can exercise whenever he likes. No one can stop a husband from talaq his wife however there are always pros on cons of a right. If you wish to talaq your wife at least consult your lawyer so that he can advise you in a better way. You can also consult advocate Jamila if you wish to talaq your wife.

WHO SEND TALAQ NOTICE? The talaq notice is sent by the husband to the wife through a registered post. Once you have started your proceedings in the court of arbitration council then the court also sends talaq notices to the other party to appear before it. If you want to know how you can avoid the delay in notices contact us as everything in Pakistan is possible.

WHERE TO GET TALAQ NAMA FORM? Ask your lawyer to prepare talaq Nama forms for you according to your requirements.

CAN YOU TALAQ ON PHONE? Talaq on phone may be valid as per Islam but the only legal procedure of talaq in Pakistan is the procedure mentioned above. Pakistani law on talaq requires Nadra talaq certificate in Pakistan which is the only proof of talaq. You cannot show someone the call history that you have talaq on phone.

CAN YOU TALAQ ON MESSAGE? Talaq on a message in Pakistan may be fine to inform your wife but to be officially divorced you will need to have talaq certificate in Pakistan. No government official or department is going to accept you’re your talaq on message.