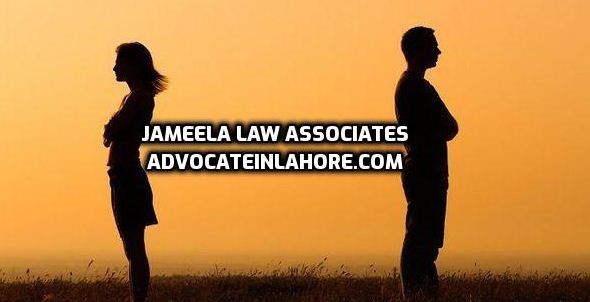 Below is the legal khula procedure in Pakistan step by step.

>Hire the services of an expert family lawyer.

>Discuss your case in details

>Your lawyer will file your khula case in the court

>The court will send notices to your husband to appear before the court and submit his reply. (Notices if not deliberately received by husband does not invalids the khula)

>If the wife says that she wants to reconcile the court will order reconcile and dispose of the case.

If in case the wife says that she does not want to reconcile the court may grant khula or fix the next date for evidence.

>On the evidence stage, your lawyer will tender evidence in the court to prove your case according to the situation of the case.

Khula process in Pakistan takes place only in the family courts. There is no other department or authority other than the family court which can grant you’re the khula because the wife will need certain grounds to get khula which requires to be proved before a judge through your lawyer. You can hire the services of a competent lawyer like Advocate Jamila and discuss your case and we find a suitable way out for you. We finish khula process in Pakistan very soon.

WHAT IS KHULA PROCEDURE FOR OVERSEAS PAKISTANI? Khula procedure for the overseas Pakistani is round about the same just like others. The only difference is that for the procedure of khula for overseas Pakistani the wife has to send a power of attorney to his lawyer attested by Pakistani embassy or consulate which will entitle your lawyer to proceed with the case. A lawyer cannot file a case of overseas Pakistani in Pakistan until he has an authorization from the embassy or consulate from the country where the wife is residing. Foreign nationals who are married in Pakistan or are married abroad to a Pakistani national can also seek khula through a lawyer appointed through a power attorney to file your khula case.

WHAT IS IDDAT PERIOD AFTER KHULA? The iddat period after khula is 3 months which wife needs to observe however there is also some difference of opinion among the scholars as regards the period of iddat after khula or divorce. Supreme court also in its one of the ruling, has quoted that the iddat period is one month which wife can start to observe from the day she has filed the case of khula.

WHICH PAKISTAN KHULA LAWS ARE APPLICABLE? Currently in Pakistan khula laws applicable at the moment is “Family court act 1964”. This law authorizes the wife to file a case of khula in the family court of Pakistan. In the procedure of this law, CIVIL PROCEDURE CODE is excluded. Other family issues are also dealt with according to the same law.

WHERE TO GET SAMPLE KHULA LETTER IN PAKISTAN? There is no such thing as a sample khula letter in Pakistan. Your lawyer prepares the case according to your situation and circumstance. Every case is a separate case so there can be no stereotype sample. Discuss your case with your attorney and he will prepare your case.

HOW KHULA SYSTEM IN PAKISTAN WORKS? Khula system in Pakistan is a judicial system. Just like other cases in Pakistan khula is also a case and every case requires to be proved. If the court thinks that grounds exist to granting khula, the court will grant khula.

IN WHOSE FAVOR IS THE PAKISTANI LAW ABOUT KHULA? The Pakistani law about khula favors the female at many points for example in the reconciliation process the court asks the wife if she wanted to reconcile or not. If she says that she doesn’t want to reconcile the court will never force the wife to go with the husband.

WHAT IS KHULA PROCEDURE IN ISLAM? Khula in Pakistani law is as per the khula procedure in Pakistan. Both Islam and Pakistani law do not favor the hateful union of husband and wife. If your question is strictly related to any particular sect of Islam then you should ask this question to an Islamic scholar as we are lawyers, not Islamic scholars so we can guide you as per the law only.

WHERE TO GET KHULA APPLICATION FORM IN PAKISTAN? There is no khula application form in Pakistan. The case is always prepared by your lawyer whom you have hired for the services. So you just have to discuss your case with your lawyer and he will be preparing your cases as per the situation and needs of the case.

WHAT ARE GROUNDS OF KHULA IN PAKISTAN AVAILABLE? The grounds of khula available in Pakistan for wife are as below.

CAN CASE OF KHULA AND HAQ MEHAR BE FILED TOGETHER? Suit for khula is filed by the wife claiming divorce so if a wife is claiming khula she has to leave her Haq Mehar. Khula and Haq Mehar’s case cannot be filed together. Haq Mehar’s case is always filed when the husband has divorced the wife. If a wife is taking khula from court then the case of khula and Haq Mehar cannot be filed together. Normally in khula cases, if the wife has received the Haq Mehar amount then she has return 1/4th of it and if the wife has not received the Haq Mehar then she can still be entitled to half of the Haq Mehar. It’s totally up to the family court to decide what will be the fate of Haq Mehar in the khula case.

CAN YOU FILE KHULA BEFORE RUKHSATI? Marriage is a marriage and has nothing to do with rukhsati. You are married once you have done your nikah whether rukhsati has taken place or not so you have file proper khula before rukhsati and khula after rukhsati has the same process.

WHAT IS KHULA CERTIFICATE FROM UNION COUNCIL? No such khula certificate from union council is granted to anyone. Union council process starts after the khula decree from the family court. Once you have court decree of khula you can submit it in union council for issuance if divorce certificate.

CAN YOU FILE KHULA DURING PREGNANCY? Yes! You can file khula during pregnancy also however if the khula is granted by the court it will be operational after the birth of the child. Filing the khula case is different from its execution. No one can stop you from filing the case of khula. The khula case takes time and you can proceed with the khula process in Pakistan.

WHO PREPARES YOUR KHULA PAPERS? Your lawyer prepares the khula papers for the clients. You have to tell the situation and circumstance due to which you are taking khula. Once the lawyer has taken the brief from you he will prepare the khula papers, forms, and format according to it. Half of your case is the papers prepared by your lawyer. So the khula papers have lots of importance in winning the case.

WHAT ARE KHULA RULES IN PAKISTAN? The basic law of khula in Pakistan is already discussed and khula rules in Pakistan are a complete book which is not possible for us to mention here moreover if you are hiring a lawyer then leave the headache of rules on him. Your lawyer knows how to do and what to do. Keep trust in him or change him as this is the only thing you can do.

WHAT IS KHULA TIME PERIOD IN PAKISTAN? There is no hard and fast rule that someone can quote you regarding the khula time period in Pakistan because it’s the judge who gives the date. The date is not in the hands of your lawyer moreover the judge can also be on leave on the date given to you or any such thing that can happen in Pakistan on the date given to you. Approximately the khula time period in Pakistan is two months. It can also be two or three weeks earlier or late depending on the circumstances and nature of the case.

CAN YOU FILE KHULA WITHOUT REASON? No! A wife cannot file khula without a reason. A valid reason is required by a wife, which needs to be proved in the court by your lawyer so that you can get khula from the court in Pakistan. A court in Pakistan cannot grant khula to the wife if she says that everything is ok and she doesn’t have any problem with her husband.

DO WE NEED TO GET KHULA AFTER NIKAH? Yes! You need to get khula after nikah. Some people attach marriage with rukhsati but the reality is that you get married after nikah and not after rukhsati. So in any case, if a wife wants to get divorced she has to file khula after nikah.

WHAT KHULA DOCUMENTS WE RECEIVE AFTER KHULA? Khula documents that we receive after the conclusion of the khula case is the khula judgment and decree signed by the judge bearing the seal of the court. Your lawyer gets you these khula documents attested from the attestation branch of the court.

WHAT IS KHULA FEES IN PAKISTAN? Khula fees in Pakistan depend on the caliber and expertise of your lawyer. Khula fees in Pakistan depend on the city, and circumstances of a case. Khula is taken in hard times and someone saves his money for his hard times only. It is better to save the case and life instead of saving your money. We have kept an economical fee for everyone so that everyone can afford our services.

WHO SEND KHULA NOTICE IN PAKISTAN? Khula notice is Pakistan by the court in which you have filed your case. After filing the case your lawyer submits judicial forms in the court. Then the notices are sent to your husband. If you don’t want your husband to receive any notice then discuss it with your lawyer.